Select a theme. Inspired by Breath of the Wild and Max's awesome color switcher

A few months back, I began redesigning my portfolio - again 🤦‍♀️. I not only wanted to add a couple of the newer projects I was working on, but I also wanted to address larger design issues and experiment with building it in some newer technologies.

Although the overall design might seem unchanged at a glance, I implemented/changed a ton of details in the design and under-the-hood.

If you're setting out to (re)build your portfolio, there are a few routes/tools you can choose from:

I'm probably forgetting some, but I think that should cover what most designers use to build their portfolios.

👆My new portfolio ✨. This time, I chose some more modern technologies:

Previously, I was using:

IBM Plex Sans: a tall x-height sans-serif that comes in a wide range of weights

Inter: an open-source sans-serif made for more-legible UI

Why did I choose to change the typographic style?

Because 🤷‍♀️- but really, I wanted to implement a bit more minimalism and not have the typography intrude on the designs I would be showcasing.

Things I changed in the color theme:

I also chose to change the UI for the toggle itself.

Could I make the theme toggle a simpler design?

I wanted to make the about page focus on the content more. Here are the things that changed:

Using a little JavaScript, I could hide routes and show users a password-protect screen on projects that required authorization. I also chose to add in some custom lettering for a bit of flourish when users came upon this page:

One of the most annoying things when looking at portfolios with password-protection is the fact that users must repeatedly input a password when entering password-protected projects.

What if I could make it so users only have to input the password once and saved a logged-in state?

In my new portfolio I have it so once users enter the password once, they no longer have to input a password again. A few other navigation items become available, as well as a nice little "+" next to the logo.

Layout was all over the place in my old portfolio. I wanted to change it so the layout was more Medium-like (single column) and was a less sporadic while scrolling through. On top of changing the page headers, I changed it so that each case study had defined sections:

Hopefully some of that helps! I'm still making incremental changes, but if you have feedback or need help with your own portfolio, ping me using the form below. 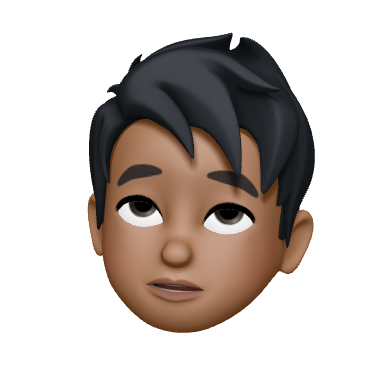 I'm a designer and .

Send me an email!

Would you like a quick, monthly update about new posts/notes, side projects I'm building, design portfolios I'm stalking, and possibly a few other things I'm finding interesting? If you're into that, add your email to the mailing list!